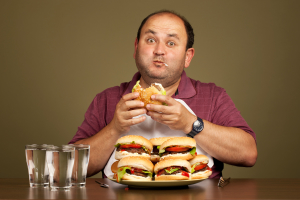 Binge eating disorder (BED) is one of the most common eating disorders and one that has taken the longest to be formally represented amongst the community. In fact, it wasn’t listed in the DSM-5 until 2013, despite millions of people who suffer from BED.

Binge eating disorder is defined as consuming large amounts of food in a short period of time, while feeling a loss of control over eating. Here are 5 facts you may not know.

Binge eating disorder is often triggered by negative moods or stress. When feeling stressed, people with this disorder often turn to food to alleviate stress, which can keep the cycle active. Relationship conflicts, school, work, and finances are just a few of the triggers for BED. Women often experience these triggers more than men. Negative emotions and boredom also play a role in this disorder.

Those who have binge eating disorder consider keeping it a secret as a component of the disorder. Women are particularly secretive about BED and often feel more shame than men. Women tend to be alone more when binging than men.

These aren’t your typical food cravings. These cravings are an intense desire to eat a specific kind of food, making it difficult to resist. People with BED are especially sensitive to cravings and tend to consume large quantities of sweets and complex carbohydrates.

Most people associate eating disorders prominently with women, but men also suffer from these disorders. This is particularly true with binge eating disorder because it’s seen as less stigmatizing than anorexia or bulimia. Of the adult population, 1.6 percent suffering from BED is female and 0.8 percent is male. Men

Knowing these 5 facts about binge eating disorder can help you recognize if you, or anyone else in your life, is suffering from this disorder. It’s important to seek treatment for any eating disorder.